Sign up for Aviary! Experience a new way of accessing, browsing and displaying AV collections as a user or member of an organization. You must register first as an individual to create an organization account. 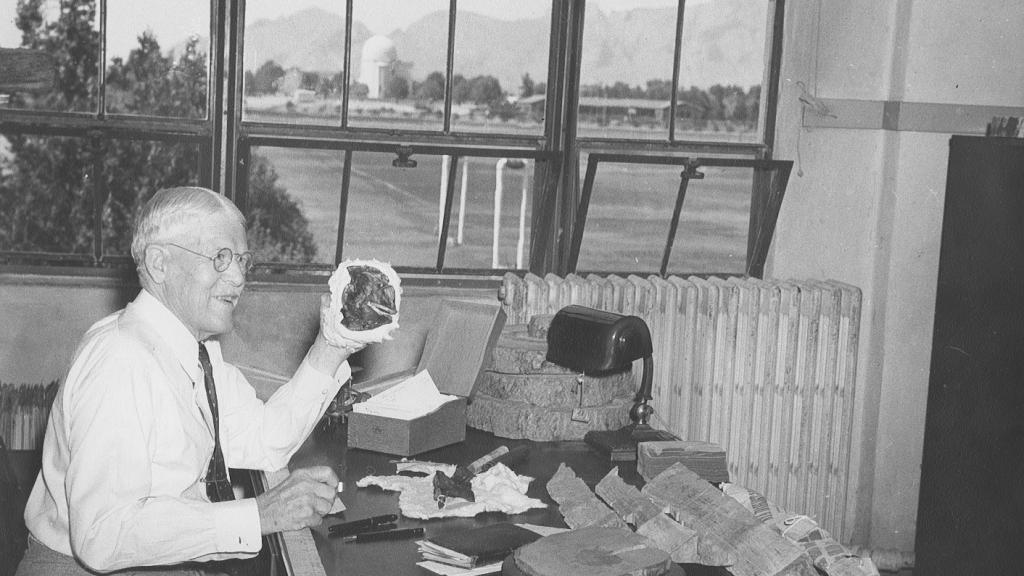 The Films of Andrew Ellicott Douglass: Astronomer, Archaeologist, and Father of Tree-Ring Dating
Read about this collection

See media in this collection

The Films of Andrew Ellicott Douglass: Astronomer, Archaeologist, and Father of Tree-Ring Dating

A University of Arizona professor and dendrochronology pioneer, Andrew Ellicott Douglass was an early adopter of amateur moviemaking technology, recording his academic undertakings in astronomy, climate science, and especially the tree-ring record, which helped illuminate the chronology of human settlement in the Southwestern United States. On 16mm and 35mm film, Douglass documented the panoramic chronology that he developed based on the tree-ring record, techniques associated with taking, reading, and cross-dating tree-ring samples, and other significant breakthroughs in scientific practices and research from the late 1920s through the 1950s as they happened.

Douglass's cycloscope (also known as the periodograph or cyclograph) films record use of a photographic device developed by Douglass to track correlating patterns between the climate and solar records and the tree ring record. PLINT films document the function of the Planetary Interpolator—a machine Douglass invented to determine the alignment of planets at any calendar date. Telescopic footage includes images of Sirius, Vega, the moon, and the 1928 solar eclipse.

Films are identified by prefixes and titles previously assigned by the Laboratory of Tree-Ring Research. Prefix designations are assigned according to field of study or subject matter, and are as follows: ARCH (archaeology), ASTR (astronomy), GEOL (geology), LTRR (Laboratory of Tree-Ring Research), MISC (miscellaneous). The collection guide for the Papers of Andrew Ellicott Douglass can be found at the link below.

This project was supported by a Recordings at Risk grant from the Council on Library and Information Resources (CLIR). The grant program is made possible by funding from The Andrew W. Mellon Foundation.

Your Browser is not Supported

To use aviary, please update your browser to the latest version

I understand the consequences
Go to Homepage

Accessibility issues with this page?
Please click here to let us know.